Hmm, have you tried disabling ReShade shortly? You can assign a key to enable/disable ReShade without having to open the overlay. Also deleting any shaders you don't need (located in reshade-shaders) could help, as sometimes not ReShade itself, but shaders are the culprit.
29 Jul 2020 04:37
Sims 4 Constant Shader Reloading? was created by Evy1123

I have been trying for days (unsuccessfully) to get ReShade working with the Sims 4. The issue is that after about 10 seconds when a preset is applied, ReShade will reload all shaders, making the game unplayable with the preset applied. After trying plenty of solutions (including altering GPU clock settings and reverting to ReShade 3), the problem remains unsolved.

If they are relevant, here are my specs:

It's an older computer so I'm starting to think that the hardware may be the problem. However, it runs pretty smoothly with the occasional stutter, even with the preset applied.

I am new here and I am a bit new to reshade. I used it before but I re-installed my game which made me re-install reshade again and the presets / reshaders I used again before as well. Everything worked fine before I re-installed the game but now my MXAO.fx is not working anymore.

I use ReShade 3.0.8 since I am not familiar with the newer versions.

I am really sorry if this problem is already solved or if I post this in the wrong place, I am just really desperate at this point since I am trying to fix this for days. Also my English is really limited but I will manage.

Sorry to bother and hope someone has the answer. thank you!
22 Jul 2020 03:35
sims 4 reshade black screen was created by shatinn

hello. new to reshade and I run into a problem. I play sims 4 and when I wish to enter free camera mode ( tab button) I am getting a black screen. I have the latest version, 4.7.0, downloaded this morning. The shading works perfectly, my game is look as the reshade present should make it look like what is an indication that I put all the needed files where they belong to. I tried 3 different presents with no luck. Can I please have a help how to solve the black screen issue. Thank you
17 Jul 2020 02:37
Presets not working in game properly. was created by Alannawashere

Presets not working in game properly.

Hello. So I downloaded some presets and their not popping, showing or allow me to select them in my game. I tried to redownload or use different versions of reshade. Does anyone know how to fix this issue? P.S I'm playing Sims 2.

I tried that but nothing happens. When loading the game, I don't even get the notification at the top that reshade is on but it's weird because I'm pretty sure I have all the files that are needed.
26 Jun 2020 20:05
Replied by factoryme88 on topic Resahde on The Sims 4

The Sims 4 It loads into the game but

The Sims 4 It loads into the game but

I recently downloaded re shade.. I have successfully installed it into my Sims four game. The issue is and it says to click home for the tutorial it doesn’t work. I have used The different key numbers to change it to shift f2..It worked but no matter how many times I pressed shift F to nothing happened. Not sure if it’s because I’m using a laptop but I’m definitely looking for any and all answers!
25 Jun 2020 22:34
Resahde on The Sims 4 was created by yuna.12

For some reason, I can't open the menu for reshade on The Sims 4. I've tried pressing shift+F2 and also the home button but nothing pops up. I also didn't get the splash screen when loading the game. I checked the game folder and it shows that I have both reshade-shaders folder and d3d9.dll but I'm not sure what's causing the problem. I did had reshade before the June 2020 update but after that, it stopped working. Can someone let me know how to fix this thanks.
23 Jun 2020 19:07
Reshade wont launch was created by andiem5

I use reshade for sims 4 and after using it for two years it stopped working when I had to uninstall and reinstall origin. I have tried installing different versions of it both to my ts4x64 and ts4 legacy edition and its just not showing up. How can I fix this?

The Sims 4- Game Not Opening

Hello. I love Reshade. But I have a problem. I tried to open Reshade but game is not opening. I don't know why. There is a "dxgi.dll" and "dxgi.log" files in my game folder. What can I do?
12 Jun 2020 23:23
Replied by TheOnlyException on topic DisplayDepth Showing Blocks Instead of Proper DOF

My friend was able to find the solution! For some reason, Smooth Edges makes it so the game can't identify depth. You'll need to turn Smooth Edges off in order for DOF effects to work properly.

If you have a NVIDIA card, you can enable "smooth edges" using the NVIDIA control panel so it's not a huge loss!

My friend made a tutorial on how to properly install ReShade for The Sims 2 as well, so if you find yourself struggling, check it out here!

10 Jun 2020 07:10
SIMS 4: Reshade is installed correctly, but after clicking home, nothing happens was created by woodleef

SIMS 4: Reshade is installed correctly, but after clicking home, nothing happens

I've had this problem for a while now and no way of finding out what is going on. I installed everything correctly (downloaded the latest reshade version) and I know I did because when I launch my sims 4 game it says on the top corner "reshade installed successfully". It'll also say "press home to open configuration menu" and I try and nothing works. I have changed the input to be "Shift +F2" and nothing and even "D" at one point (Because i thought it was an issue with my function keys) and still nothing (I also tried "FN+Shift+F2-- still nothing). The menu will not pop up or anything. I even tried reshde 3.0 again and the same thing so I'm not sure what's going on or what to do, I would really love it if someone helped. I've tried almost everything.
10 Jun 2020 04:22 - 12 Jun 2020 23:24
[SOLVED] DisplayDepth Showing Blocks Instead of Proper DOF was created by TheOnlyException

I am attempting to use DOF shader effects in The Sims 2 Ultimate Collection. My friend has gotten their display depth and DOF shaders to work properly with the game, so I know it's possible.

I have seen multiple people struggling with black or white screens when using DisplayDepth, but so far I have not been able to find MY issue, which is the presence of blocks. In the normal map they show up as rainbow blocks against a grey background, and in the other map they show up as block blocks against a white background (or if I tinker with the REVERSE, LOGARITHMIC, etc. settings, sometimes the blocks are white against a black background). I have tried messing around with the settings, changing REVERSE & LOGARITHMIC to 1 instead of 0. I have also tried accessing the DX9 tab to disable MSAA, but MSAA is not enable and the entire checkbox is greyed out so it is impossible to even enable in the first place.

Both my friend and I followed this tutorial to get ReShade working in-game:
meepingblog.com/gaming/sims2/reshade-4-0...he-sims-2-fix-guide/

One of my friends got DOF effects to work, and another one of my friends is having the white/black issue. I myself am having a completely different issue of blocks, as shown in the drive link. Please let me know if you can help!

Hey everyone!
First of all: I'm not good with technological stuff and even though I've been using Reshade for a while, I don't really understand any specifics - so please bear with me if the terms I use are completely wrong or if I don't understand what you are telling me

Sooo... I use reshade 3.4.1 and I use it for the sims 4
I did not change ANYTHING related to reshade (to my knowledge?), there was no game update or anything, but suddenly a few days ago reshade acted like I installed it for the first time (like, it showed the tutorial, I had to add the presets and set up all the paths again etc) and since then everything is messed up -
the depth-based shaders (I hope that's right??) seem to "think" that the screen has a lower resolution than it actually does - I'll just include some pictures instead of trying to explain it 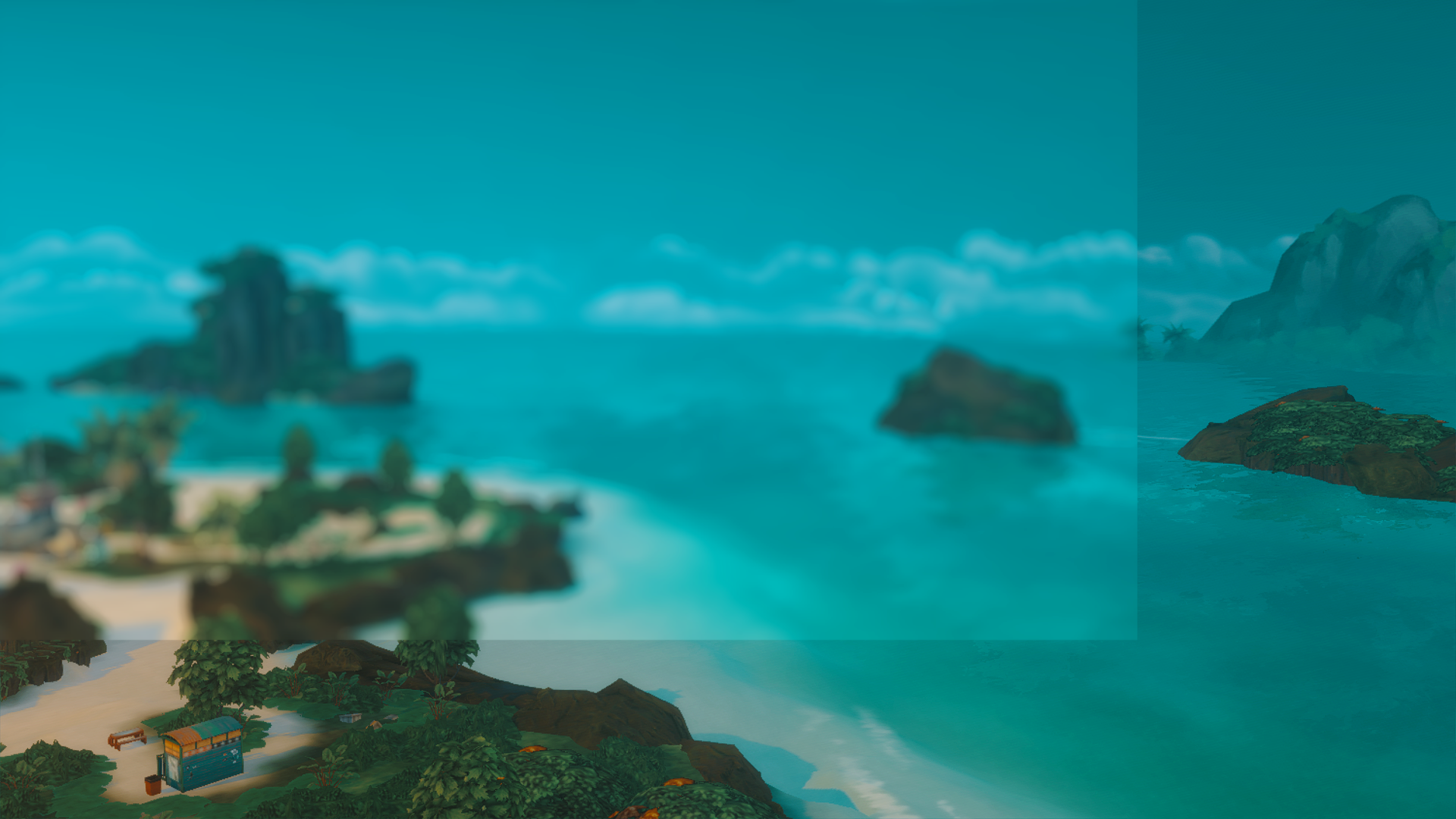 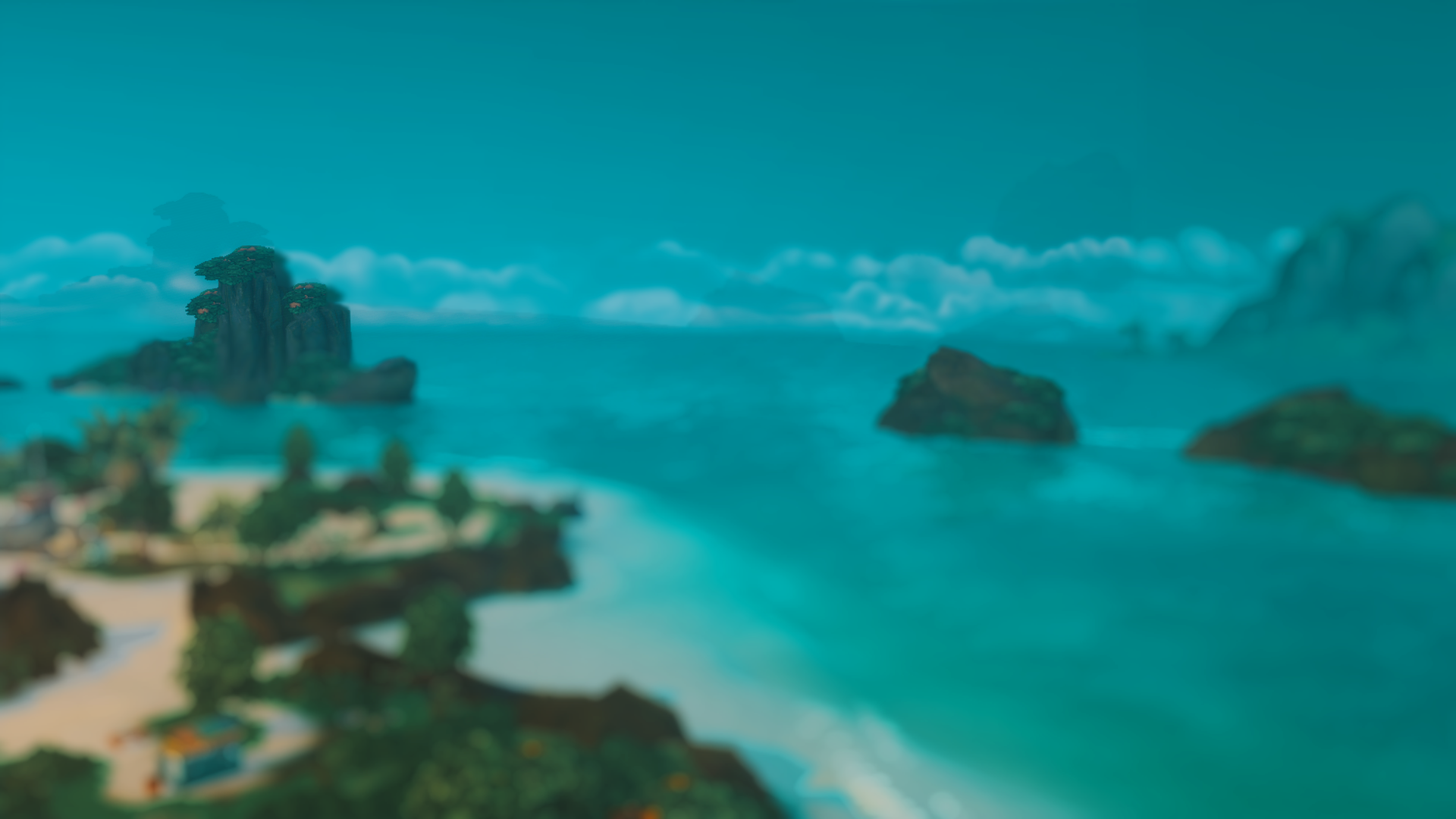 I really don't know what to do, I don't understand enough about this whole thing - sorry if there's a super easy solution!

Hope someone can help and thanks a lot in advance!
27 May 2020 19:56
Reshade not launching. was created by Scoobnut

Hi,
I have been using Reshade for over 6 months and it was working well. Last week my PC had to be reset after a windows update cause continuous BSD's and since then I can not get Reshade to run at all. I use it mainly for The Sims 4. So far I have tried installing as Administrator in Reshade alone and with Admin in Reshade, Origin and Sims 4. I have tried switching from Sims 4 64 to 32, tried switching from direct3d9 to 10/11. I have checked and double checked installation is correct (SSD (E:) - Origin Games - The Sims4 - Game - Bin and that I have everything required to run it. I also tried installing it on Rise of the Tomb Raider but that didn't work either. Reshade has no problems installing it just doesn't run. I am now at a loss. Anyone got any ideas.

After I downloaded reshade, the rotation and face editing tools in Sims 4 create a sim broke. It was spinning the wrong way and too fast, like I didn't really have control of the mouse. I am sure that it was reshade that broke it, because I turned off mods and it wasn't that. Then I uninstalled reshade and it started working again.
15 May 2020 23:33 - 15 May 2020 23:34
Reshade home don't launch, Sims 4 in Windows 10 was created by botty

Hello, I've installed the latest reshade version in for the sims 4. When I open the game I can see Reshade working, but when I press the key the tutorial won't start. I've already read many topics with the same issues and changed RESHADE.INI. as explained but still not working.
This is how my file looks like

ibb.co/rFQMWkj
Displaying 1 - 20 out of 71 results.
Powered by Kunena Forum