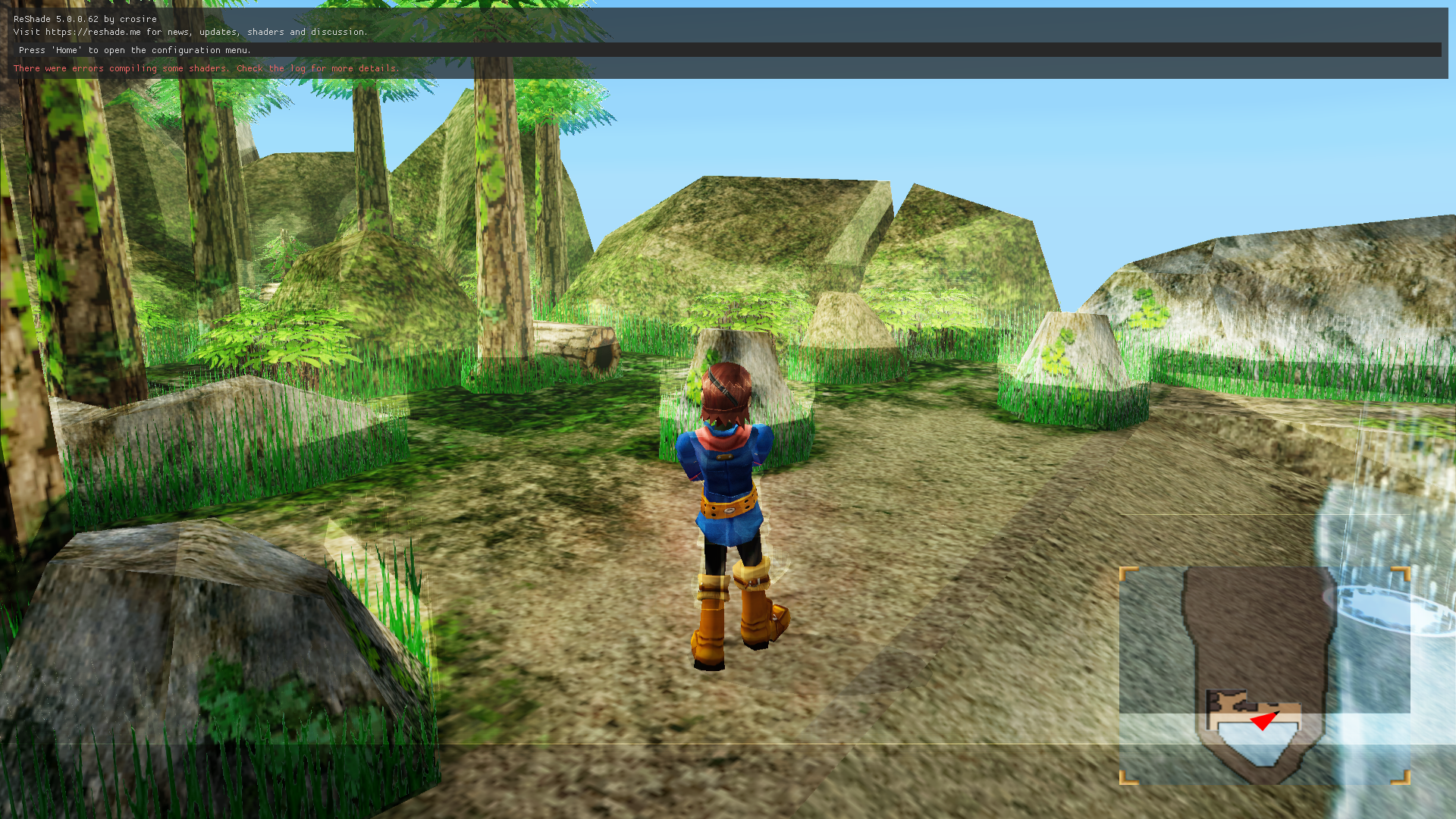 Less More
7 months 5 days ago - 7 months 5 days ago #63 by YodasRaytracedRetroStudios
Replied by YodasRaytracedRetroStudios on topic [Release] Redream with depth buffer access
I posted elsewhere (troubleshooting) and im probably going to just remove it in favor of posting here since its directly on topic. Im building an objective public resource that only accepts accurate ray marched glow effects and darkening shaders on geometry. Not to be rude but youtube is crawling with people that have absolutely no idea how to use the technology in a way that helps others appreciate it and I got tired of it, so decided to commit to this very insanely time consuming project.

Ive solved the RTGI barrier by using his open source version, in fact what im doing with it even factoring in the feature added to version 19 of RTGI to increase ray length so AO renders more broadly throughout the scene in terms of distance, is objectively superior. All my videos are outdated because I intended to rerender them with a real GPU but you all know how that sort of market is doing today. The actual behind the scenes downloadable presets are literally about a year straight of 80 to 120 hours of free time dumped into them since I work part time right now. A lot of my work was tossed for not conforming to my new very high standards of full exploitation of the technology only. In some engines its even viable to stack the light cone of mult radii glow effects on geometry to more completely cover the scene without effecting under geometry. Im using literally 4 AO, 1 being spatial. The advantage is it renders close in and far away, has more ability to resolve without being obvious at the screens edges. All things RTGI out of the box does not do. Dont worry ive bought RTGI before and ive used both, so I actually know from experience. I even gave him ideas to improve the technology like rescaling 1936x1089 internal rendered offscreen slightly, 1920x1080 native as a pixel grievance effect resolve hack, and several other ideas that in id say most cases make sense.

The problem is PS2 even with the OpenGL rescalability for the depth buffer looks to be inverted every case ive tried.

Dolphin emulator even using your download here does not scale correctly, yet I know for a fact it CAN scale correctly using the right software. I was going to open source Twin Snakes and make it scale across multiple machines if I could figure this out.

Crisis Core is on my to enhance list but its also obvious the emulator devs are using a traditional 16:9 rez for the depth buffer when the console uses a custom resolution. The defect where its a frame or so behind doesnt bother me as much as it being slightly off, because it almost at full speed looks fine as some sort of really janky looking mock motion blur. If I cant figure it out, im simply purging it too since its useless.

MGS4 the glow effect on geometry (PPFX SSDO) is upside down, but the AO is not.

The last project is MGS2 on PC. I got the depth buffer working before, but didnt know how to rescale it without the app being natively OpenGL, wrappers dont work. Nor about changing the desktop rez to 4:3 being a viable workaround for some situations at the time. Now I cant see the depth buffer period. Its literally a windows 10 build, driver, blessing from the Gods alignment of the stars kind of unreliability that even if I could figure out wouldnt ordinarily be tolerated as part of my library. But I intend to find the magic OS build, and drivers, and hope to make the internet downloadable version viable. Plan B and C are the CD ROM versions, but I generally steer clear of inconvenience unless its something Godlike, like Metal Gear Solid 2. Another modder even made a.i. upscaled textures for it.

Any help would be massively appreciated. Especially from Gods that can program. Reshade in particular, along with Mcflys work, is just the next evolutionary stage of retro enhancement. I cant tell you gentlemen how excellent this sort of creation is.
Last edit: 7 months 5 days ago by YodasRaytracedRetroStudios.

Less More
6 months 3 weeks ago - 6 months 3 weeks ago #64 by YodasRaytracedRetroStudios
Replied by YodasRaytracedRetroStudios on topic [Release] Redream with depth buffer access
Ive tried following along with this guys video below but the first thing is his UI is different and I got extremely tired of throwing different reshade versions at it to try and figure out how to get it to offer the same options. The preprocessor definitions part just disappears when I click it, and id like some help not just scaling a preview. To be honest with you im curious why we can change something that doesnt do anything, and then to make it do something, why is it so complicated and esoteric? Ive been using this tool for over a year now, and if im having trouble thats interesting.

Id hate to have to throw out more of my content and not open source The Twin Snakes and MGS2 because of this very persistent problem. It would be nice if what we were rescaling was actually doing something without all these extra steps.

I REALLY wanted to get this out of the way because its going to take me probably weeks to really begin to understand texmod in relation to games that arent mass effect since the tools for JPEG (or BMP) to TPF are also esoteric. Id like to get done with this stuff so I can finally begin learning C++ since a lot of my work needs automation as its very drudgerous.

Remember what im doing is trying to standardize a level of quality that is scalable, hence useful to others as they, you, can download my work. I put an insane amount of time into this project already and so far no one has been very helpful. People even remove my comments and all ive done was ask questions, probably because they click my youtube channel and dont like what im doing because it appears to be competitively motivated behavior.
Last edit: 6 months 3 weeks ago by YodasRaytracedRetroStudios.