Less More
1 year 7 months ago - 1 year 7 months ago #1 by Scurl
Use multiple .ini was created by Scurl
Hello,
I am pretty new to the ReShade stuff and always just used a single reshading mod for Witcher 3.
After time I felt like it's just too dark and I got myself some other stuff - which all work great. I got the Immersive Lighting and the Escape-Reshade for it, but I feel like I need more AA, so I also got the Improved AA Reshade from Sildur. After adding that to the folders, the only checkbox I see on the ingame overlay is for the SMAA and it doesn't seem to load the escape.ini. When selecting the escape.ini again nothing happens and the SMAA checkbox remains the only thing in the overlay.
How do I use Escape Reshade and the SMAA Reshade (and possibly others) together, since I can only load one .ini at the time?
I tried adding the content of the AA Reshade to the Escape.ini, but same outcome. 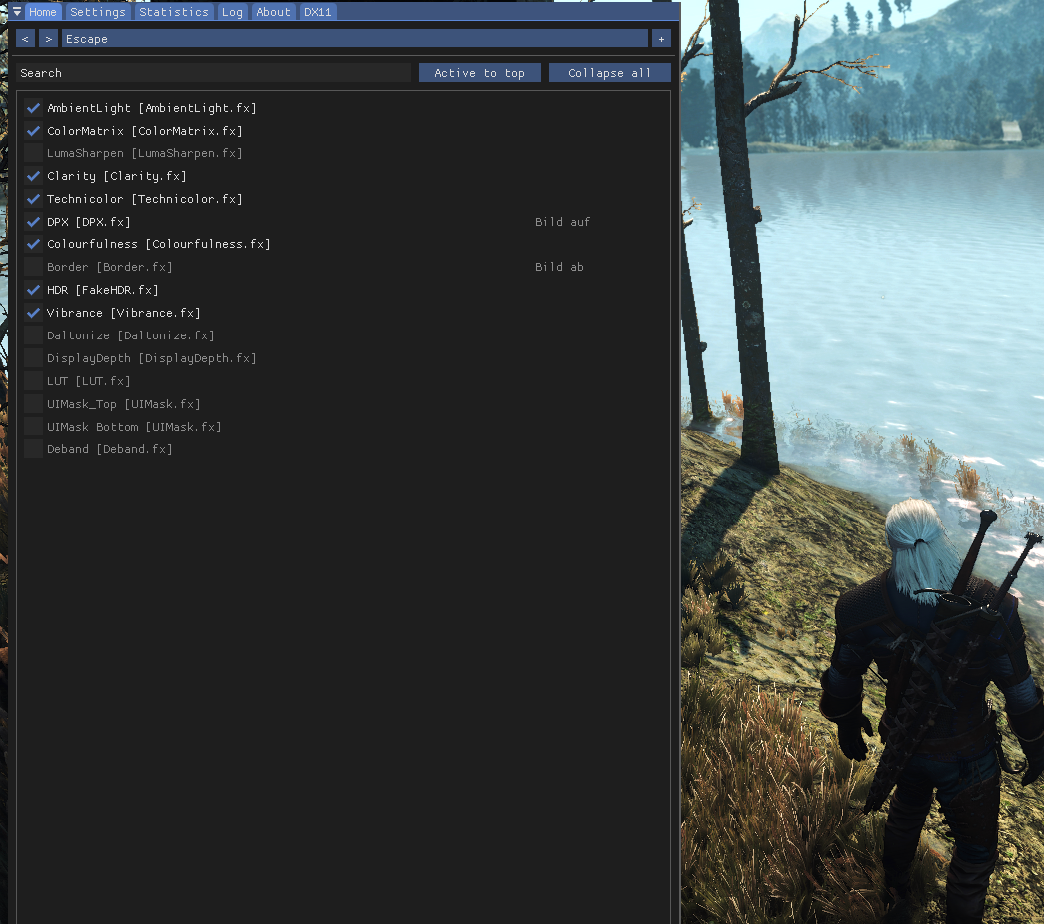 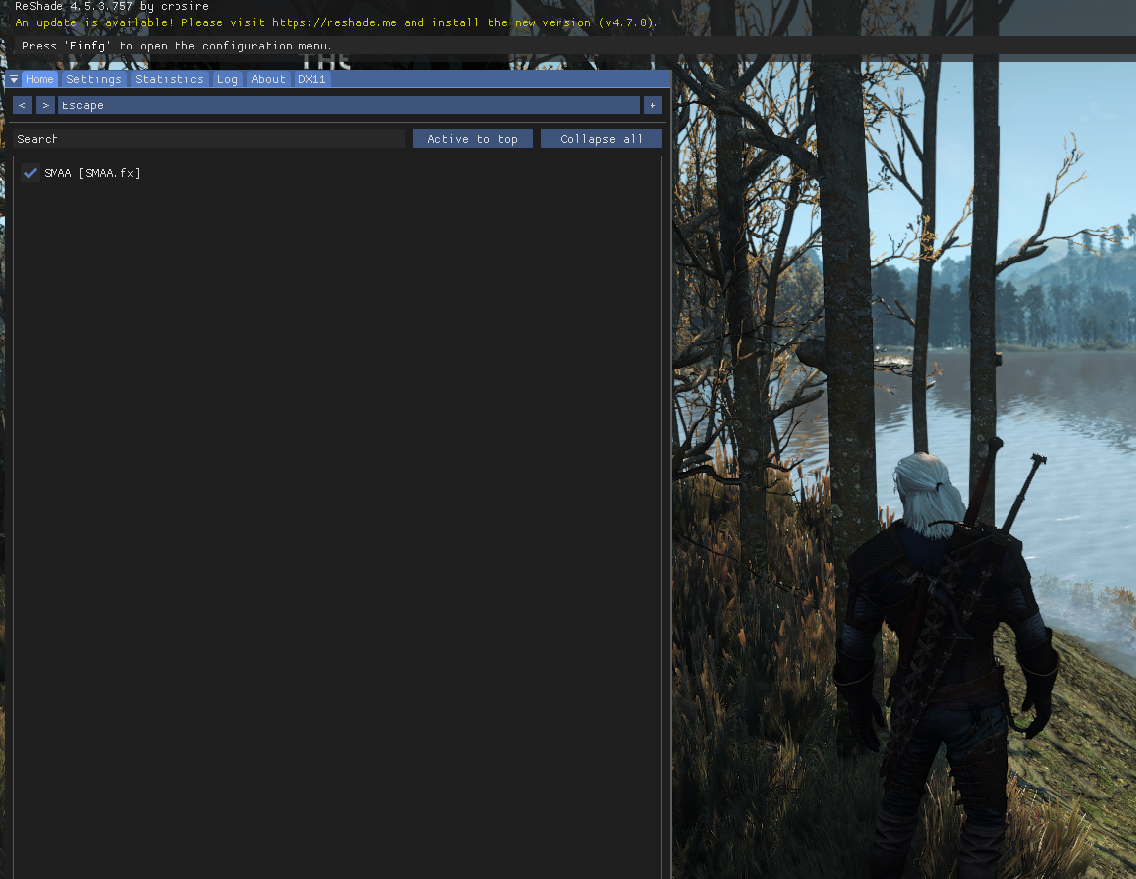 After adding SMAA reshade from Sildur
Last edit: 1 year 7 months ago by Scurl.