Help for a Light Sensitive Gamer

Less More
3 years 10 months ago - 3 years 10 months ago #1 by JovianStone
Help for a Light Sensitive Gamer was created by JovianStone
Reshade is such a great tool in helping me mute the insane brightness caused by the, imho, overuse of Bloom and Glow, and games that use Adaptive Lighting. But I typically have to spend around 10 hours in a new game just trying to get the image to look perfect, which I never can. No matter how many shaders I have working in unison.

I can never get it to look perfect because the real problem is the actual lighting itself is just too bright. So no matter the adjustments, the disparity between the lights and the shadows never changes, so the brightest lights still give me a headache and the darkened shadows now cause eye-strain. In order to brighten the shadows, I end up getting a more or less washed out image. I also find myself having to constantly deactivate/activat effects, through hotkeys of course, when going between interiors and exteriors, or between day and night. But that's to be expected.

I'm asking this in the requests category because I'm interested in finding out if there's a way to make a shader that targets only the lighting? If there were, that would solve everything. I was excited about "Levels" at first, thinking that could darken anything too bright but it wasn't much help. Some other shaders I use for brightness control are curves, tonemap, HDR, clarity, liftgammagain, emphasize, sepia, filmicpass, and my new favorite adpativefog. Adaptive Fog allows me to, at the very least, make the sky/horizon much darker.

If anyone has any input or suggestions on what else I might try I'd be very excited to hear it. Try to imagine playing a game with a migraine headache or a terrible hangover, and you'd be pretty damn close to how I feel every time I play modern games. I just started playing Homefront the Revolution and it's killing my head. Any game that uses adaptive lighting with the eye-adaptation effect just ruins the game for me. Thanks.
Last edit: 3 years 10 months ago by JovianStone.

EDIT: Here, I tried it for myself in GIMP using the ENB I made since it has a lot of intense lighting and adaptation.
Image - goo.gl/photos/UP1fnWzEvQhPMbJx9
-Original is unmodified
-Test 1 uses the GIMP curves tool to reduce the max black & white levels.
-Test 2 uses the GIMP curves tool to "level" the value curve.
-Test 3 uses the GIMP curves tool to do a combination of Test 1 and Test 2; reduced max white and a more level curve.
Anything in the Curves tool can be transferred to ReShade via a LUT.
Note: I only spent like 5 minutes for all 3 examples. You could probably make them a bit better if you actually spent time on them.
NoteNote: This doesn't *remove* adaption, it just makes it less impactful.
Last edit: 3 years 10 months ago by FierySwordswoman.
The following user(s) said Thank You: JovianStone

Less More
3 years 10 months ago #3 by Marty McFly
Replied by Marty McFly on topic Help for a Light Sensitive Gamer
I'm not sure if adaptation can be removed (there's no way to know what brightness the scene was before the adaptation). Suffering from migraine myself, I know what you mean. For me it's certain art styles or the camera, WoW for example gives me a headache after 30 mins.
I could imagine something that tones down the bright areas of the scene could do the trick, inverse bloom. Or a tonemap that keeps darks untouched and heavily compresses brights. I attempted something in Photoshop:
before 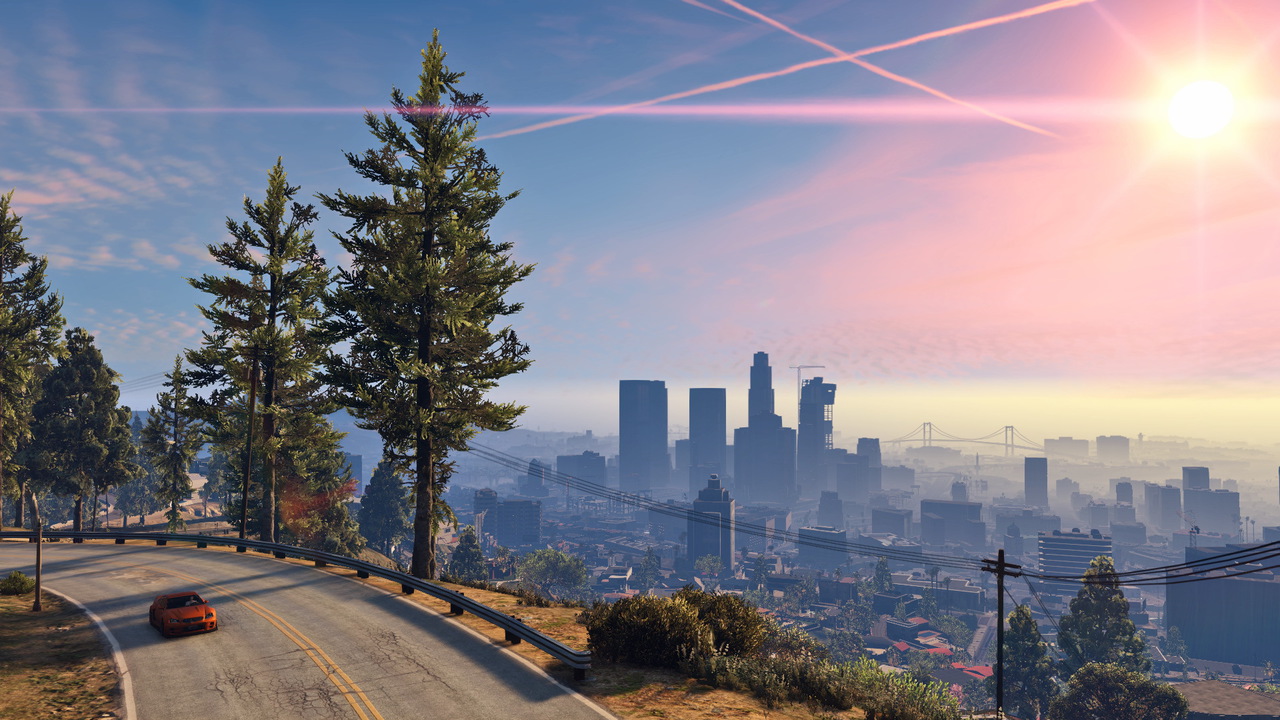 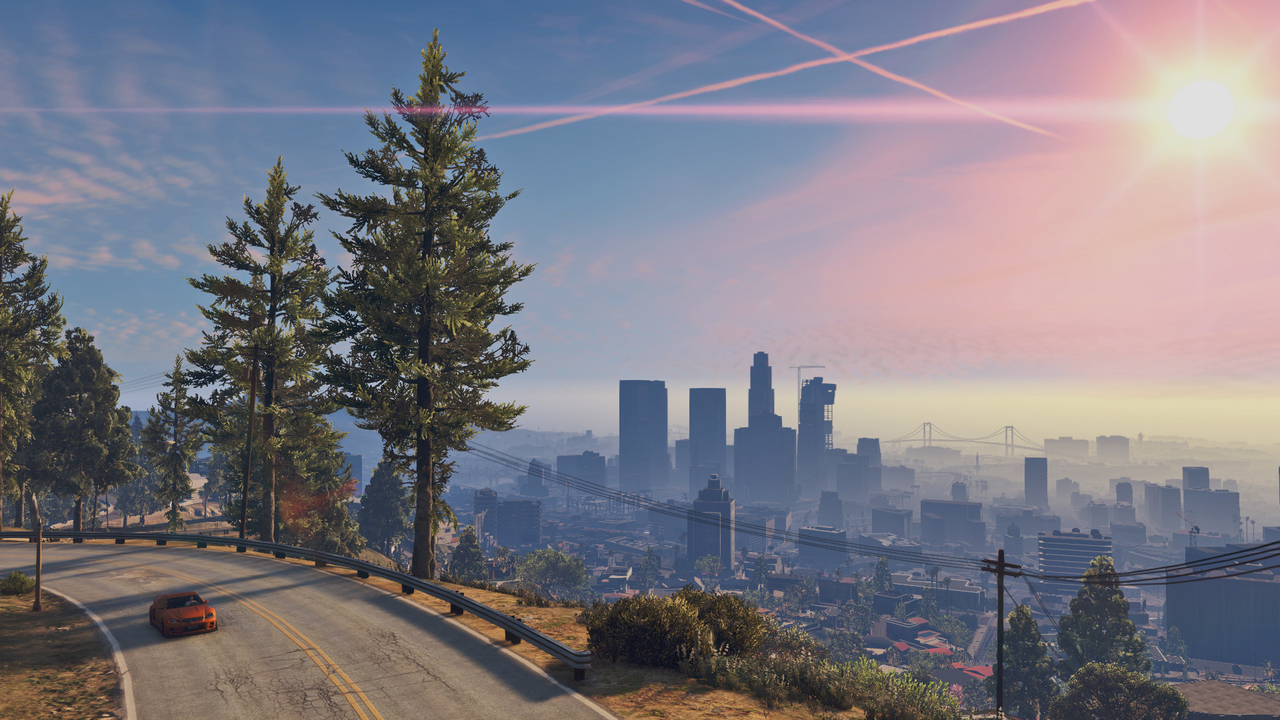 Less More
3 years 10 months ago - 3 years 10 months ago #4 by brussell
Replied by brussell on topic Help for a Light Sensitive Gamer
Since ReShade is only a post-processing injector, it can't manipulate the internal lighting of a game. Hence your first measure should always be tweaking the games graphical settings (ingame or via configuration files). If that doesn't suffice, creating luts depending on the game is a good alternative (instead of using multiple shaders as you do it now). In the following example (using RawTherapee as image processing program) I've applied a custom tone curve on a screenshot and then applied the same curve on a neutral 3d-lut, which you can use via the lut-shader in ReShade.

Here's the lut, if you want to try it:
117.imagebam.com/download/6RgNRQR3yqkUsb...8/lut.png?download=1
Last edit: 3 years 10 months ago by brussell.
The following user(s) said Thank You: JovianStone

Less More
3 years 10 months ago - 3 years 10 months ago #5 by JovianStone
Replied by JovianStone on topic Help for a Light Sensitive Gamer
Thanks FierySwordswoman and Brussels. I'm not familiar with how the LUT's work but I'm willing to learn/figure it out.To use a new LUT I imagine I just simply replace the LUT.png in the textures folder? The adaptation effect is just a sign to me that a game's lighting is going to suck, I wouldn't expect that reshade could remove it, only somewhat counter it.

Thanks Marty Mcfly you're on to something. I actually tried using Bloom and setting the color to black, hoping for a inverse bloom effect but it didn't work. I imagined something like "Levels" only inverse, along with a way to color the changed pixels similar to tonemap, sepia, and others. So is it possible to create a tonemap or inverse bloom like you suggest? Is that something someone would do?

Here's the effect I was able to get with adaptive fog. I use two different strength effects. From my pics you'd think that would be sufficient enough muting but once you go to an interior every window, door, or breach in the wall glows with intensely bright light

Here's the threshold glow I was talking about

How the hell do you post an image here?? lol
Last edit: 3 years 10 months ago by JovianStone.

Same effect on different shot of yours:

looks shitty, yes. But dampens too intense glow. Fire up this with ReShade 3.0 (save, rename to something.fx and put to folder where your other shaders are, ReShade.fxh must be present) and tweak for your liking:

the layer multiplicators basically tweak the sharpness of the bloom, you'd want low multiplicators for the high res layers so it only detects global blooming sources.

Anyone else coming across this: This will look shitty, its only use is for this specific case.
Last edit: 3 years 10 months ago by Marty McFly.
The following user(s) said Thank You: JovianStone

JovianStone wrote: Thanks FierySwordswoman and Brussels. I'm not familiar with how the LUT's work but I'm willing to learn/figure it out.To use a new LUT I imagine I just simply replace the LUT.png in the textures folder?

To use a lut, yes, the easiest way is to simply replace the one in the textures folder.
To create a lut, you need either photoshop or GIMP. Take a screenshot or two of the game and bring them into the image program along with the standard lut.png file. Then, put all the images (including the LUT) onto the same layer and edit it with whatever color tweaks you want. Cut out the LUT and export it as a new lut.png and you're good to go.
The following user(s) said Thank You: JovianStone

Less More
3 years 10 months ago #8 by JovianStone
Replied by JovianStone on topic Help for a Light Sensitive Gamer
What a great community here. Thanks a lot everyone!.

Using the LUT I got from Brussell was a tremedous help. Same goes for Marty Mcfly's bloom code. Although the effect is quite costly, about 10 fps, and the results are pretty blocky, it does help with the really bright areas. FierySwordswoman, is the standard LUT the original that's found in the textures folder?

I wish every game was able to be modded. You should see what I did for Dying Light. I got to a point where I couldn't even play it any more, but after I modded the lighting the game was perfect. Actually, if I'm wishing here, I wish game devs would just add an option for simpler lighting effects for people like me.

JovianStone wrote: .FierySwordswoman, is the standard LUT the original that's found in the textures folder?

Yes. The one that comes in the 'textures' folder is blank. Any color effects you apply to it in something like Photoshop or GIMP will be applied to your whole game.
LUT's are pretty easy to make once you wrap your head around what they do, so I'd just use the one Brussell gave you until you make your own.
I'd also recommend creating a new LUT for each game.

I can show you how to make one in GIMP with a video or something. It's a free program.
Last edit: 3 years 10 months ago by FierySwordswoman.

I'm interested in trying the FX Marty McFly gave me in a different game. Looks like it's the SSDO, which can't be disabled, in Homefront that's making it look worst than it should. The FX is actually pretty great. Edit: Actually I had the blur amount set wrong. Marty McFly I'm really loving this "Glow Dampener, or Inverted Bloom" FX . The way I have it set now, the brightest "hot" spots turn really dark while the lesser but still bright areas turn grey. Is there some way to adjust the opacity of the dark color, or even change the hue? I think that would make this an actual FX more people would be interested in.

Here's the better portrayal of the new FX, the SSDO still shows as a slight aura: So the combination of both the LUT and this FX has really gone a long way in helping me with this. I know that it looks pretty terrible, but I'd rather the bright areas turn dark than be blindingly bright. Either way you can't see the image/texture behind it. I'd prefer the "coverage" I get from the settings of the first image, but the "ghosting" is just too much.
Last edit: 3 years 10 months ago by JovianStone.