any possible way to get this effect ?

i saw this Comic book cover with an interesting B&W+colors effect , is there any possible way to get similar effect with Reshade ?!! 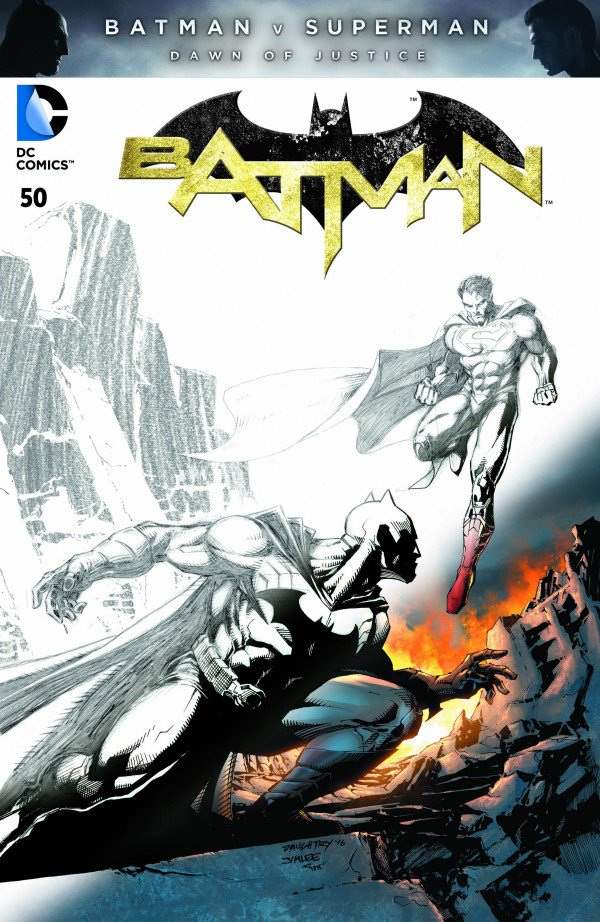 4 years 4 months ago #2 by SpinelessJelly
As such I don't think so (maybe with an appropriate mask), but if you experiment a little with the Cel shader and light sources you may get something similar flic.kr/p/rgziqT

4 years 4 months ago - 4 years 4 months ago #3 by JBeckman
With a bit of downsampling (To thin the edges of the cel effect and also limit aliasing.) and setting some of the shader settings to be inverted it is possible to get something similar to the above effect but not quite the same.

The results also highly depend on the game, I've attempted to mimic the effect in a few games but results vary wildly.

Oh and there's one other issue, I think this is driver related and not ReShade related but using these settings makes the games I've tried it in highly unstable and they will eventually crash, usually in a rather short amount of time after activating the effect and one time I even crashed the display driver entirely so keep that in mind in case you do get crashes if you attempt this yourself.
(The games if you disable the black & white filter do look pretty screwed up with these settings as well.)

Here's one of my own attempts in Guild Wars 2
postimg.org/image/hx9m2rhb3/
(Moving creates network traffic - this being a MMO. - so stand still if you want the cel effect to work since that requires depth buffer output.)

And in Witcher 3, here you can see how the skybox is entirely "corrupted" by these shader settings.
postimg.org/image/h0yr03l27/
(It really doesn't work well with games using a logarithmic depth buffer.)

And Fallout 4
postimg.org/image/k8wrcblr3/
(Older engine since Skyrim so not logarithmic despite the large view distance, effect completely screws with the distant terrain as seen from the z-flicker thingie mountains.)

(This was downsampled from 3840x2400 to 1920x1200, you'd probably want the double of that for it to really look like it should, or a res of 7680x4800 so it requires a hefty GPU or several and the framerate would still be a bit low in certain areas, not to mention how more demanding games might perform.)

Finally AC: Syndicate with logarithmic again.
postimg.org/image/7uekpqjmn/
(Really doesn't work well at all, almost looks like a negative with how the colors look in the distance.)

(Both of these game screenshots are also a bit "blotchy" or what to call them due to too low downsampling, you need a pretty hefty resolution for it to be really good but I don't have the GPU's for it.)
The following user(s) said Thank You: jas01

4 years 4 months ago #4 by kinjx11
hmmm so a lot more goes into that trick than just enabling few effects , i might try my luck with it later