Less More
3 years 6 months ago - 3 years 6 months ago #21 by JBeckman Replied by JBeckman on topic Introducing: Easy Troubleshooting
dgVoodoo2 perhaps and wrapping to D3D9 or D3D11 and then ReShade I would say but compatibility can vary and probably will vary significantly and some of those games whether DDraw, D3D8 or Glide would have various compatibility fixes and workarounds through dgVoodoo2 for anything from shader issues to more severe bugs and problems which might also be a issue.

I've only tested D3D8 -> D3D11 and then ReShade though and that was some time ago with Trails in the Sky before it got updated to (beta) D3D9 support but that worked just fine although it doesn't answer how it would work for older or other API's and wrapping issues.

EDIT: Essentially ReShade itself does not support these API's so you wrap it to a API that is supported and get ReShade through that but it's not without it's own share of problems and potential compatibility issues.

Last edit: 3 years 6 months ago by JBeckman.
The following user(s) said Thank You: acknowledge
The topic has been locked.
Less More
3 years 6 months ago #22 by Duran.te Replied by Duran.te on topic Introducing: Easy Troubleshooting
@acknowledge
Section added, thanks for the feedback!
It's currently greyed out since I didn't have a chance to test it.

@JBeckman
I couldn't find online reportings of the problems you said.
What kind of "severe bugs" can occur?
The following user(s) said Thank You: acknowledge
The topic has been locked.
Less More
3 years 6 months ago - 3 years 6 months ago #23 by JBeckman Replied by JBeckman on topic Introducing: Easy Troubleshooting
I was thinking more about wrapping in general for that last part and the various workarounds that dgvoodoo2 has for DirectX 8 applications that are doing things in a very non-standard way or going against best practices or being outright broken in a few examples.

The issue can range from performance drops, broken visual effects and crashes or driver resets though this last one should be fairly rare but the more files you load up and the way Windows is handling these can also impact how the end result is, more of a general observation than anything else but something to be aware of.


It's complicated and I probably bundled a bit too many different separate issues together under that little statement but well the state of PC ports and any number of possible issues so you introduce more variables such as a different hook into ReShade and how it utilizes DirectX 9 or 11 depending on how you wrap the API from one to another it can potentially lead to more issues.

Part of it is also based around the D3D11 -> Vulkan wrapper and DXVK and issues from this around ReShade and how Windows handles .dll injection and paths though this is a more advanced area a bit outside troubleshooting for ReShade itself I suppose.
(Hardcoded to C:\Windows\D3D11.dll or C:\Windows\DXGI.dll or both for one thing, Windows or ReShade possibly loading itself for another though I do not fully understand that one myself but it would hook DXGI from Windows and then ReShade and then ReShade would hook DXGI but that's ReShade as DXGI.dll I think.)

That in particular has been very interesting with just how broken some PC ports actually are under the hood and how they even work at all or what workarounds or compatibility problems this results in.
(RE Engine querying the display resolution capabilities from what a temporary constant changing state reports instead of the correct method via DXGI I think and a extension or feature here.)


That goes outside of ReShade troubleshooting though, general advise would be to try vanilla first if in doubt and then start hooking in injectors and wrappers one step at a time and reproduce and confirm an issue step by step.

And that some software might just be kinda broken so performance or stability might not be guaranteed and the more processes and hooks in there the worse it can get.
(Though this goes beyond ReShade too since you'll likely have the display driver, third party software and drivers and Windows itself all hooking into various parts here and then overlays from Uplay or Steam and all that.)


Yeah it's complicated and I'm not the best at explaining, Vogons should have lengthy threads on the subject of dgVoodoo2 functionality, compatibility and general reports and also proxy adding in other loaders or just loading ReShade through it's standard D3D11 or DXGI .dll names or D3D9 from what's being wrapped.
(Proxy loading can also be done via other tools such as the ENB Proxy if that might help compatibility over going via D3D .dll names.)

That and wrapping one older API with various limits to a newer API so anything from instruction lengths and resource limits from having too many shaders active or more complex shaders active to some effects maybe only working on certain API's or relying on functions only found in more recent API's also.

It's hard to keep it shortened and more direct because compatibility and troubleshooting is a pretty large subject and there's so much that can interfere and go wrong and in so many different ways this can manifest, I'm far, far from a expert in all of this too and am still learning a lot on the subject but how to say well just keep in mind that it can make things more problematic and it's a wrapper and not native API support and well PC and game or software ports and general bugs and the severity and nature of this and a whole myriad of possible problems which goes way beyond this topics purpose and into general problems and troubleshooting and a whole host of other less or more complex matters.


Sorry about the post length, at least the first post has a very good guide and layout without complicating anything and works as a very detailed guide on the subject of ReShade troubleshooting without involving API wrapping and OS problems and all that around these complicated matters.


EDIT: Hmm Direct Draw maybe won't be too problematic but Glide and from 3DFX to D3D could be a bit and could the advanced effects be maintained too thinking about that which was a big draw with smooth 3D visuals and advanced effects for it's time compared to software or even earlier D3D versions before D3D 8 and T&L in hardware I think it was?

Been a few years. Glide library isn't too big either though Direct Draw might have some titles too before I think Vista and Direct 2D taking over from the aging DDraw?

Well it's probably over-complicating things dragging in the wrapper issues instead of merely ReShade, both are important but this is more about ReShade's things and then the wrapper and problems could be troubleshot from their respective sources maybe.

Yeah I'm not very good at this sort of thing.

Troubleshooting can be a real hassle at times and it's far from a simple subject and so many things connect to one another and yeah it's not always easy and I myself still have a lot more to try to learn too and looking into more and more examples and well it never really ends or sometimes that's what it feels like.

The numerous ReShade additions to depth buffer compatibility for example but it looks like it's coming together nicely now and the upcoming commits and changes introducing even more settings for this, Vulkan support could open up entirely new issues as well once that lands and D3D12 support seems to be doing well but with some cases where there's problems though the low-level API's are a entirely new area and I can't really speak for having much knowledge about this but it will be interesting to see how things go from here and later releases for ReShade on that subject.


I don't think any of this has even touched upon driver specific issues and vendor specific issues with drivers and compatibility but yeah it just furthers how complex this all is I suppose.

But to be fair with ReShade being a generic shader injector it shouldn't be affected too badly although compiler changes in 4.0 while generally faster can have different results from what I recently picked up on a thread somewhere on these forums as one case where it can affect things.
(Even if it's not generally a critical issue.)
Last edit: 3 years 6 months ago by JBeckman.
The topic has been locked.
Less More
3 years 5 months ago #26 by Boulotaur2024 Replied by Boulotaur2024 on topic Introducing: Easy Troubleshooting

May I ask you what tool do you use to make gif like that ?
It's pretty high quality compared to mine

Also, cool presentation, nicely layed out *thumbs up*
The topic has been locked.
Less More
3 years 5 months ago - 3 years 4 months ago #27 by Duran.te Replied by Duran.te on topic Introducing: Easy Troubleshooting
Many thanks!

I used Nvidia Shadowplay (The AMD alternative is ReLive) to record the shots at 1080p - 30fps - 15 Mbps.
To make them gif format I used the best online "video to gif" converter I could find on the internet, but I don't... remember...  which...
[hr]Edit: @Boulotaur2024 I still couldn't find the original mp4 > gif converter I used, but I just found out another one I used to update my Ray Tracing topic. 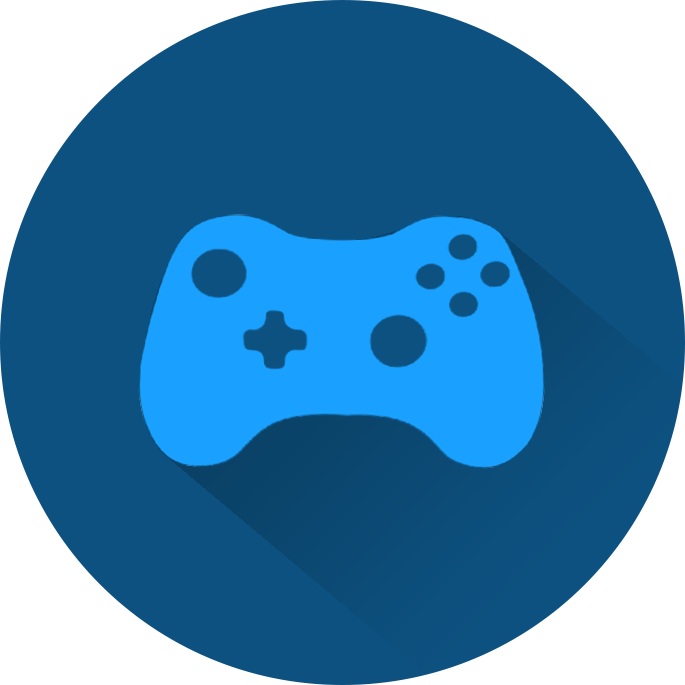 Everything about Presets
- How to use Presets?

Also, keep in mind that presets made with outdated ReShade versions will easily not work. If so, search for another updated preset, or downgrade your ReShade version. You can download all previous versions from Mediafire: ReShade Repository .

Also, the default key to make reshade ui show up is "Home / Position 1".
The topic has been locked.
Powered by Kunena Forum
We use cookies