Reshade in Knights of the Old Republic II

Less More
3 years 4 months ago - 3 years 4 months ago #1 by FR33_B0BBY
Reshade in Knights of the Old Republic II was created by FR33_B0BBY
Hello, this is my first post here, but I've been using reshade casually for two or so years now. I haven't gained an awful lot of experience in that time, so I've encountered a problem recently while trying to use reshade for Knights of the Old Republic II: The Sith Lords. 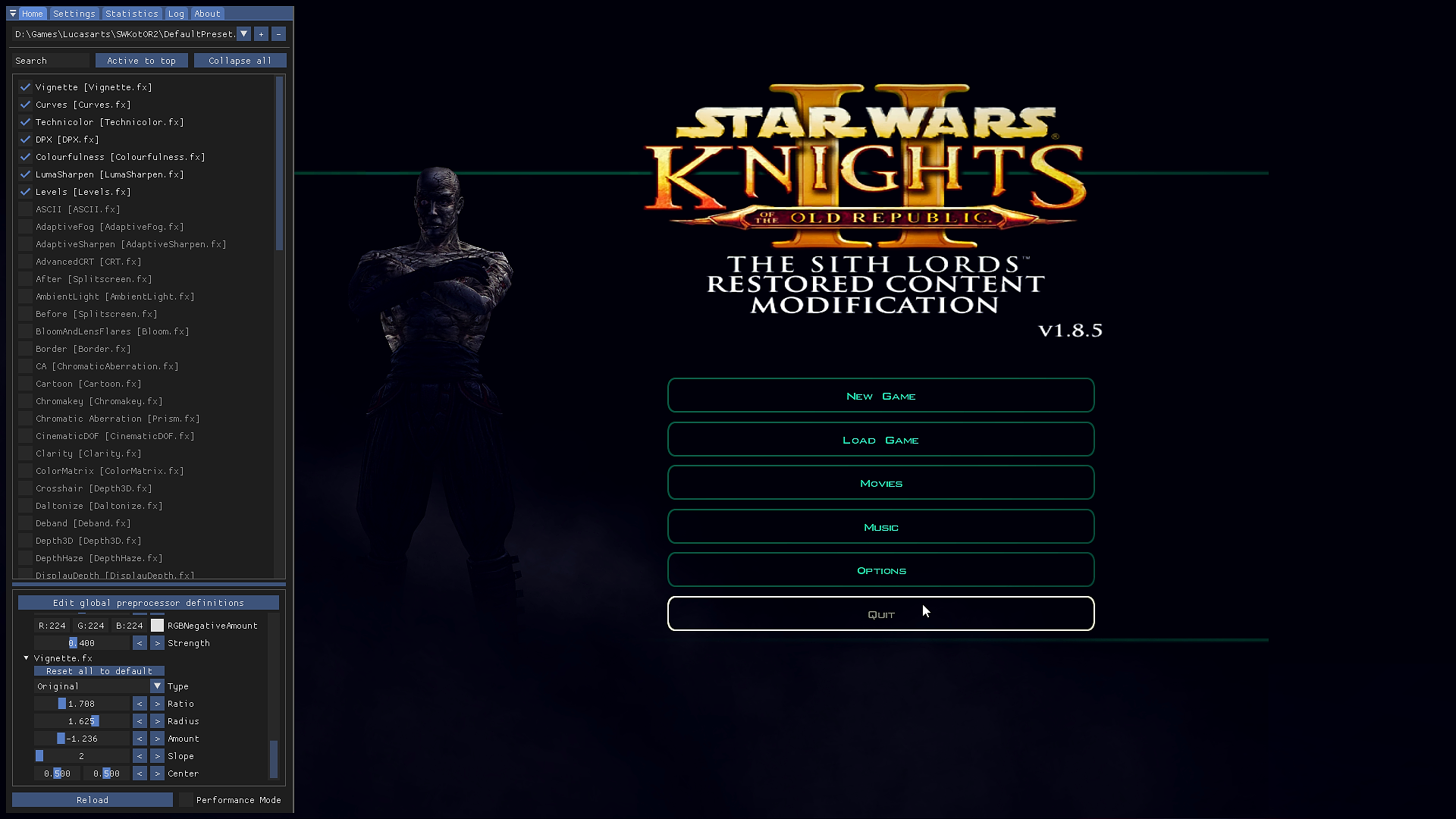 As you can see in this first image, everything is working fine. The menu is visible and the settings I've applied are visible. This is what happens when I start with a fresh reshade, and then edit my settings in. However, if I exit the game (with these settings still on), it will not function properly when I open the game again. 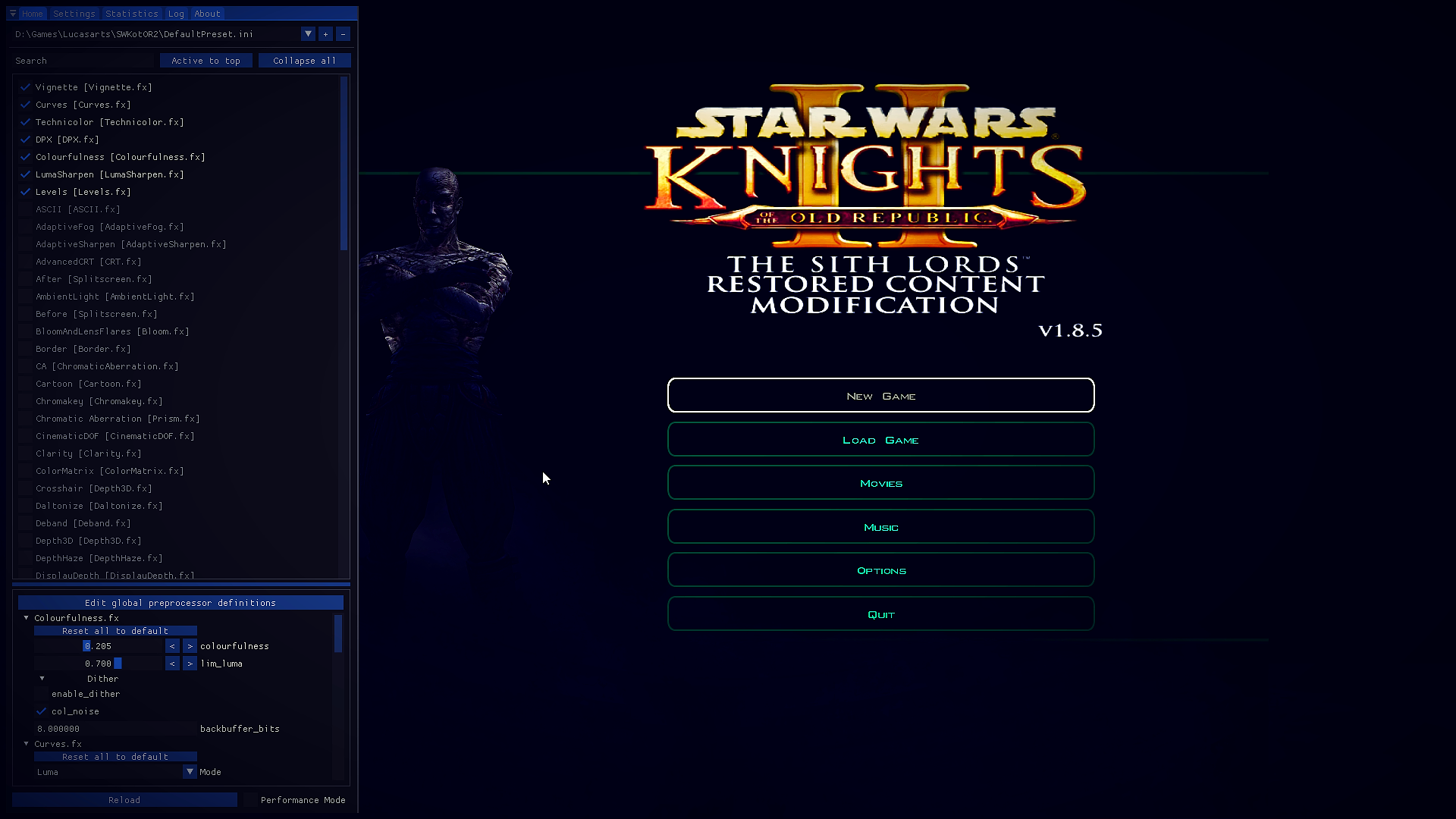 The effects seem to have "doubled" on to themselves, producing an unpleasant and overpowering result. Along with that, the overlay now has the previous preset's settings applied to it, which is very strange. This happens when I exit and re-enter the game without first disabling the shaders, and whenever I load into a new level of the game, for example, skipping the tutorial to go to the game's intro on Peragus. This issue of doubling can be solved by simply pressing the button to disable effects, but the effects will still be stuck on the overlay, and editing my settings on the overlay doesn't change anything. As said, this issue has a simple fix, but it doesn't actually fix it, and due to this problem I can only use basic colour/lighting effects. With effects like Bloom and Ambient Occlusion, the "disabling" doesn't circumvent the doubled visuals issue, as those effects seem to go beyond the doubling and can only be reset by closing and reopening the game with the settings off. The worst case scenario is that I just accept the current situation and forget using bloom, but I would like to fix it, and any help is appreciated.

My computer is a Lenovo y700 Ideapad, if that means anything.

Edit: Though not a proper fix, this issue can also be circumvented by switching to a blank preset in the overlay before going into the next world space, then reactivating your desired preset once it's loaded up. This way I can use whatever effect I like.
Last edit: 3 years 4 months ago by FR33_B0BBY. Reason: Needed to add more information.