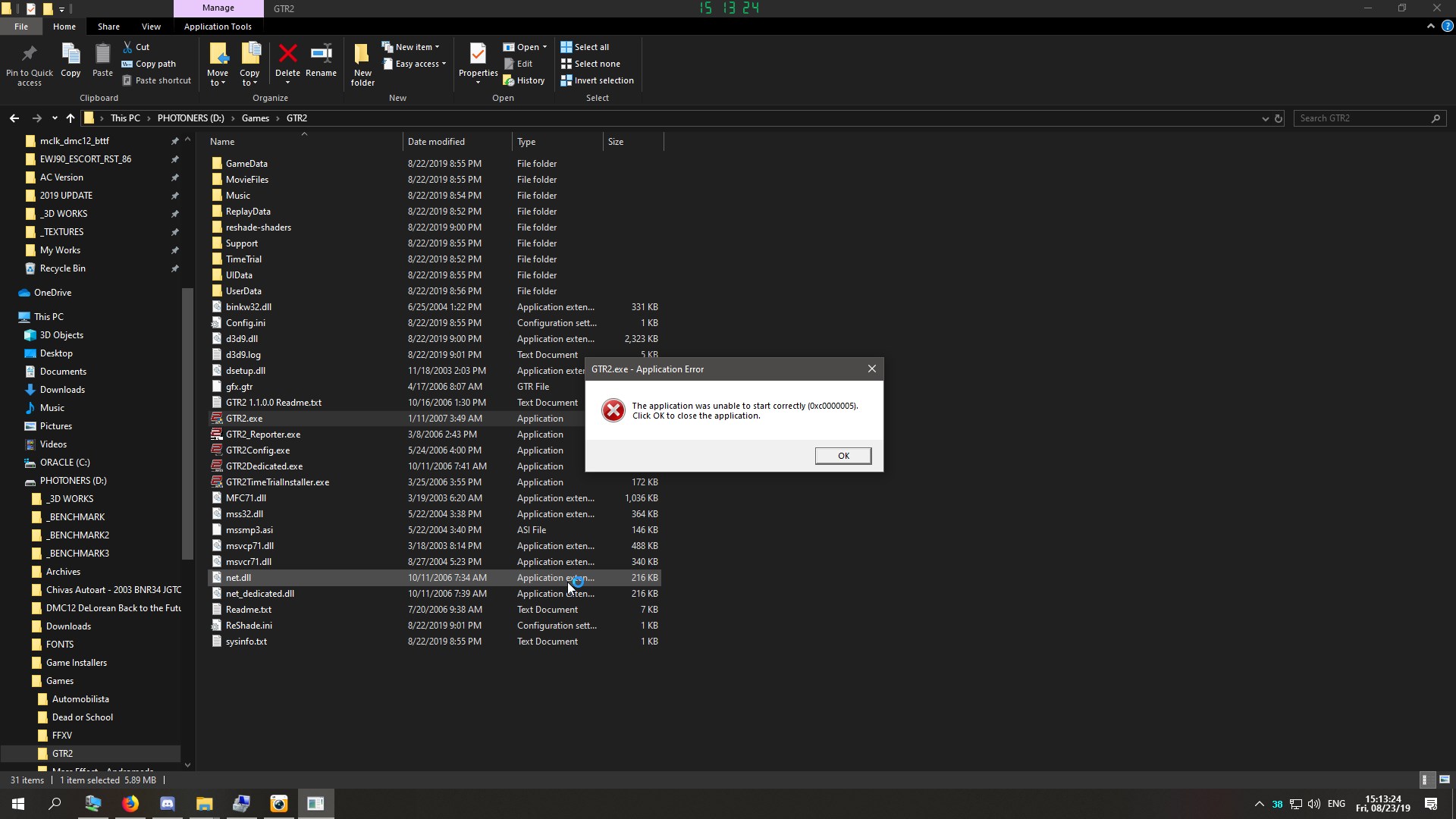 I would just like to report that some old games I owned are no longer working with ReShade's d3d9.dll file (error will show up as shown on the screenshot instead) - it doesn't matter which compatibility I select or in admin privileges, will just not run on Windows 10 build 1903. Some games which shares the same engine would still work though which is weird.

Also just to add this up, its not isolated to the Reshade v4's d3d9.dll - its also happening to any old games which has its own d3d9.dll file. Like for instance windows 10 fixes of the d3d9.dll files for any old ILLUSION games will have the same error message popping out.

When I was still using Windows 10 build 1809, I didn't encounter this problem at all with Reshade.

UPDATE: Its happening even if MSI Afterburner is completely uninstalled too, and I don't think its linked to my drivers.

I'm playing other couple of DX9-based games where the Reshade's d3d9.dll is working just fine. Here's the list where it is working...
1. PSO2
2. Automobilista
3. rFactor 1
4. GT Legends
5. ePSXe (PSOne Emulator)

UPDATE (SOLUTION): I found out that using dgvoodoo's D3D9.DLL File, I can use the DX11 Reshade to make it work. So all is good and dandy! Search google for dgvoodoo2 for the program.
Last edit: 3 years 1 month ago by konizu.

Less More
3 years 1 month ago #2 by tnetennba Replied by tnetennba on topic Windows 10 1903 + d3d9.dll = 0xc0000005 (solved)
I've not had a game do this so far, so just in case it does, are you saying you just put the dgVoodoo .dll in the game folder and then do a standard install of Reshade there as a DX11 game and that's it? Or is there something in dgVoodoo like a .ini that needs to be configured to run a second library?

Tried to download dgVoodoo2_62_1, grabbed DLL from there, seems like it injects into game, but its not stable.
Plus it somehow allows other DLLs to inject.
Example: next to EXE, there is d3d9.dll(dgVoodoo2) and dxgi/d3d11.dll(old reshade/sfx) and then reshade becames available in game. ¯\_(ツ)_/¯
Last edit: 2 years 10 months ago by ApxuBbI.

Instead, if people can provide enough information (logs, presumably) Crosire may be able to find out what's going on and make Reshade fully compatible with recent (and presumably, hereafter) Windows versions.

Less More
2 years 10 months ago #5 by JJXB Replied by JJXB on topic Windows 10 1903 + d3d9.dll = 0xc0000005 (solved)
I had this with GTA3 but found that mucking around with the compatibility settings for exe in the right click, properties dialog (i.e. disabling the compat flags entirely) fixed it. in the cases that you have a game exe that has baked in compat settings, make a copy of the exe and name it similar but not the same.