Less More
3 years 4 months ago #61 by ninjafada
Replied by ninjafada on topic 4.2
Crosire, can you add an option to hide the text on the top left corner (reshade version, compilation info)
so i can stream a game where reshade is not allowed but working

Plus some games do a ridiculous request for memory knowing that (I'd hope at least they'd be aware of that.) DXGI and D3D11 would be smart enough to not commit 500+ GB of memory (That's Deus Ex Mankind divided before it was updated and this altered.) and others commit a ridiculous amount to try and page said data. (Final Fantasy XV wanting to stick 20 GB there for one example from a few hours of time and it's build-up of RAM usage.)

So that'd be a thing as well and then games now also often do a specific thing for around say 75 - 85 % of VRAM total being allocated which when compared to actual VRAM usage might just be zero data and sitting there for cache purposes but I don't know how easy that'd be to separate if it can be at all on how this gets reported but many newer titles are now doing it like this and then tech sites report about how memory demanding these games are but it might just be becauuse it got tested on 12 - 16 GB VRAM GPU's and most of it just being allocated as part of that but it's mostly empty data.

(Though more and more titles are creeping close to or above 6 - 8 GB now even before going 3840x2160 or higher in resolution and stuff like ultra high texture pack optional additions factoring in.)

Still useful to have though so I'd be in favor of it as such even if I might make it sound more complicated, statistics are always good if ReShade was to go beyond just FPS monitoring and the other current statistics and with Windows 7 going EOL next year maybe focus for Windows 8 and later features could be more common without risking backwards compatibility, though Win7 can't be booted out immediately either of course.

(It's still going to be popular for years to come I'd imagine so if it can be supported without breaking anything that's likely the ideal scenario.)


EDIT: Maybe it was pre-RS4 even, extending the info that could be polled via DirectX and going that way instead of driver or vendor specific API's or instructions and driver reliance and such stuff.

Most of the basics work: GUI, effects, screenshot taking, mipmap generation ...
Some stuff is not implemented yet: certain resource state transitions, depth buffer detection/capturing, ...
This branch of ReShade also supports debugging via the new D3D12 PIX graphics debugger (just run the "Debug App" build configuration with "-d3d12" argument).
Successfully tested in SOTR so far.
Last edit: 3 years 4 months ago by crosire.
The following user(s) said Thank You: Wicked Sick, matsilagi, Ioxa, Boulotaur2024, klotim, brussell, Aelius Maximus, vackillers, conan2k, F D B and 17 other people also said thanks.
The topic has been locked.
Less More
3 years 4 months ago #68 by matsilagi
Replied by matsilagi on topic 4.2
Really nice to see its injecting already, now its a matter of time for Vulkan and the other stuff.
Will defo check out when it gets Depth buffer and Mipmapping since those are essential for the shaders i usually play with.
The topic has been locked.
Less More
3 years 4 months ago #69 by MoonStrike
Replied by MoonStrike on topic 4.2
World of Warcraft 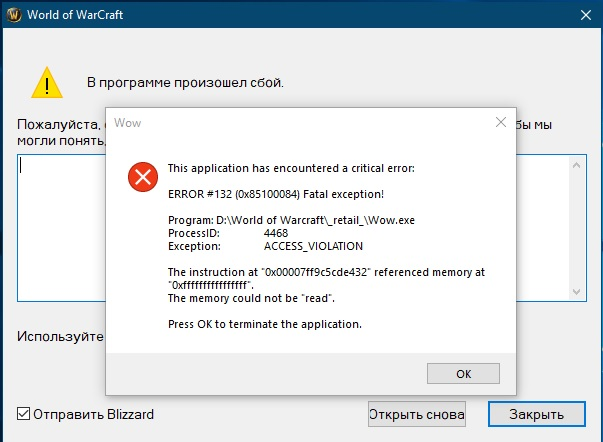 The topic has been locked.
Less More
3 years 4 months ago #70 by MonarchX
Replied by MonarchX on topic 4.2
WOW! DirectX 12 is coming! YES! I knew all the cries would go through!

Crosire, which version of Windows do you use when you develop ReShade and when you test it? ReShade doesn't work exactly the same on some older Windows 10 versions. Here are 2 examples, both tested on clean OS install with identical drivers for everything, OS fully updated to latest cumulative update of whichever build.

New versions of Windows 10 (starting with build 15063 - the first Creator's Update) use Fullscreen Exclusive (FSE) Optimization by default. FSE Optimization is a mystery, nobody knows for sure what it does exactly. Before Windows 10 15063, it would always take 1-3 seconds for whichever application to enter fullscreen exclusive mode and starting with Windows 10 15063, entering FSE became instantaneous and allowed for quicker ALT+TABing out of it. It seems like FSE Optimization gives the benefit of exclusivity with benefit of borderless windowed mode.

.
The topic has been locked.
Less More
3 years 4 months ago #71 by Thorfkin
Replied by Thorfkin on topic 4.2
I noticed the most bizarre thing happening with Reshade. v4.2.1. The preset files are not always visible after installing. I don't know for sure what causes this but it seems to happen when I reinstall reshade multiple times to add additional shaders. When this happens, none of the various preset files will show. Instead the only preset file name reshade shows in the dropdown list is DefaultPreset.ini.

Good to see you here!
The topic has been locked.
Less More
3 years 3 months ago #74 by Horus661
Replied by Horus661 on topic 4.2
Hey. battleye blocks the d3v9.dll file in the game arma 2 is there a solution to this?

The topic has been locked.
Less More
3 years 3 months ago #75 by lowenz
Replied by lowenz on topic 4.2
Do not use ReShade with ONLINE games, as always

The topic has been locked.
Less More
3 years 3 months ago #76 by Qsimil
Replied by Qsimil on topic 4.2
Try older reshade versions, the latest version is not whitelisted yet.
As far I know, only games that are blocked (not by Battleye directly but by game developers) are PUBG, Fortnite and Islands of Nyne for now.
The topic has been locked.
Less More
3 years 3 months ago - 3 years 3 months ago #77 by vackillers
Replied by vackillers on topic 4.2
Crosire, I just wanted to give a big thank you to all that you have done over the years. Your work has been absolutely tremendous! It's hard to imagine that DX12 and Vulkan support are on the way! I just wanted to shout a big thank you because I have been using reshade for years now, and SweetFX before that and it has absolutely improved me gaming experience to no end, being able to adjust shader effects/postFX effects on the fly is just an incredible thing.

I prey prey prey that full working Vulkan support is not long after DX12 as that seems to be priority at the moment, with No Man's sky's Beyond update coming very very soon, they have completely switched over from OpenGL to 100% Vulkan, which will absolutely no doubt, break every single shader mod pretty much forever, so to see that support for Vulkan is coming at some point really warms my heart and sigh of relief actually. Thank you so much.
Last edit: 3 years 3 months ago by vackillers.
The topic has been locked.
Less More
3 years 3 months ago #78 by Wicked Sick
Replied by Wicked Sick on topic 4.2
"they have completely switched over from OpenGL to 100% Vulkan"


WHAT?? Really?? Oh, boy, I will be at a crossroad! No Man's Sky without ReShade is not the same!
The topic has been locked.
Less More
3 years 3 months ago #79 by vackillers
Replied by vackillers on topic 4.2

Wicked wrote:
"they have completely switched over from OpenGL to 100% Vulkan"


WHAT?? Really?? Oh, boy, I will be at a crossroad! No Man's Sky without ReShade is not the same!

Yep afraid so! you can go onto the experimental build which is live right now on steam to try it. At the moment it only seems to be the backend engine which doesn't have all the features or performance features of what the Vulkan API should bring, but it's live, you can go test it now. I saw zero performance increase and a heck of a lot more stuttering because im on an nvidia card. With this change though, it means it completely broke reshade and you are right, without reshade this particular game is not the same because of how borked the official shaders look. So, very happy and thankful that vulkan, at some point, will come to reshade.
The topic has been locked.
Less More
3 years 3 months ago #80 by Wicked Sick
Replied by Wicked Sick on topic 4.2
Too bad. I hope they give us the option to use the old api too.
The topic has been locked.
Powered by Kunena Forum