Constantine wrote:
How do I actually update stuff in real-time with the Mediator?

Like how would I be able to alt-tab change a value and tab back in?
It doesn't seem to work for me, I click apply and nothing happens.

I don't get what is wrong here. I select my game, it installs the the necessary stuff in the directory. It hooks fine.
I make a preset for that game called arma 3 preset. Works fine. Then i try to toggle stuff on and click apply, then tab back in. Nothing is occurring in game.
I had to do this weird trick where I switched back to the default preset then back to my arma 3 preset to even get the new effects to register. Is this normal? Am I missing a step here?

I put the mediator in a separate folder on my main drive called "Framework Mediator". Is that causing it? Do I need to put it in my game directories for it to update in real-time?

Finally found a fix to all those "hot" update issues ... it took me several days especially with GTA V which to the end did not work while every other application worked. Will take a little though implement it all

The topic has been locked.
Less More
7 years 2 months ago #62 by Ganossa
Replied by Ganossa on topic ReShade Framework Released (5102.06.23.1246)
Most fixes and layout changes (buttons will change now depending on mediator state; e.g. Add -> Install) are done while trying to consider all of your requests. (still have to go through most of your personal requests SunBroDave

)
I might release everything together with the logarithmic depth buffer update tomorrow (unless Ioxa wants to include his HighPass Sharpening). 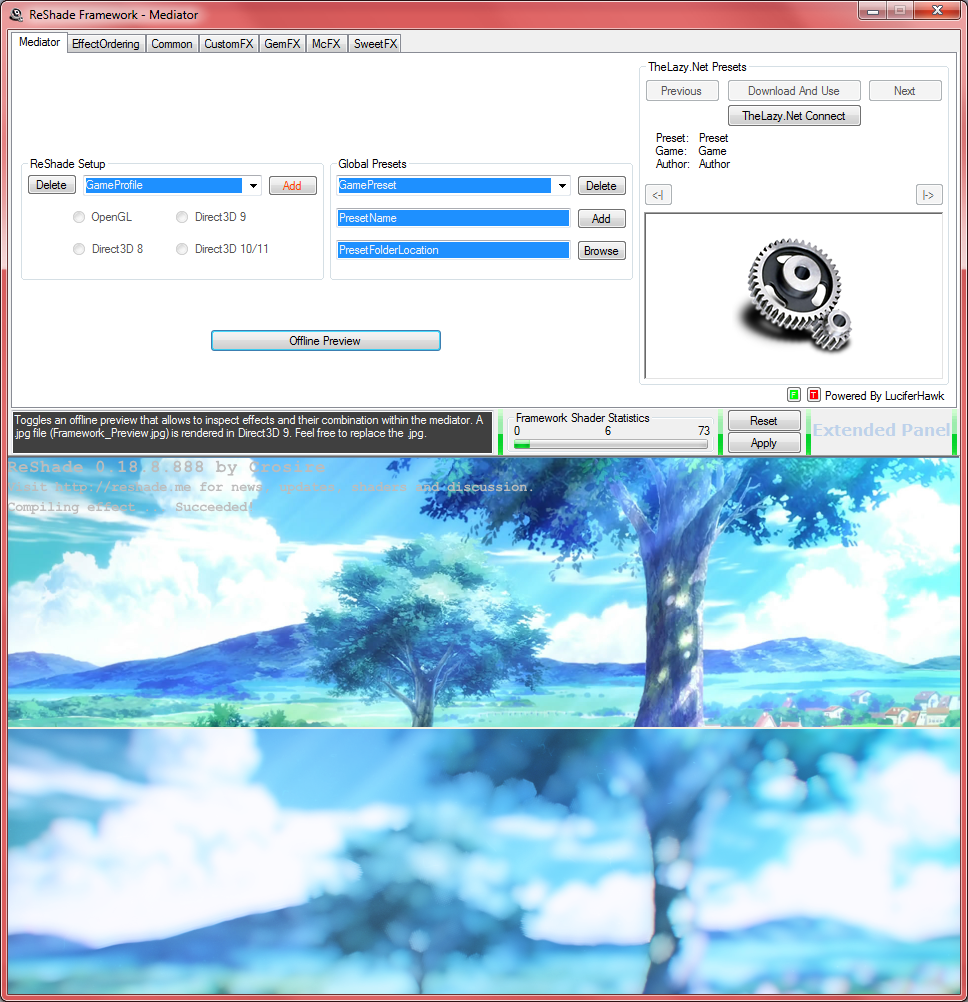